This week’s email is from Rick who wrote: Can hypnosis help me to lose 200 pounds?

“Roger, I’ve been reading your Ask Roger posts and I’m hoping that you will answer my question. And, I give you permission to use it and my name in your post.

I want to lose weight but I have over 200 pounds to lose. I am so fat that it just seems impossible that I can ever lose that much weight. I diet for a few days and lose some weight. But then I realize how much more I have to lose and I quit and gain it back. Losing 200 pounds seems impossible to me. I now weigh five pounds more than I did when I started. Can hypnosis help me lose so much weight?” ~ Rick

Thanks for the question, Rick, and thank you for giving me permission to use it. So many people have this same question. People often tell me they have put off calling me for a free weight loss hypnosis consultation because the weight that they have to lose seems daunting.

Yes, my Slender For Life™ hypnosis for weight loss can help you to lose weight and keep it off – no matter how much you have to lose. Hypnosis help is here for you.

Since you receive my posts, I’m hoping that you read last Saturday’s post, Look at the little picture. In this post, I quoted from chapter 7 of my book, Becoming Slender For Life. After I lost 115 pounds, I climbed Mount Rainier.

There was a point when I realized that we weren’t close to the summit at all, we still had hours to go. I wanted to quit. But, I recognized that these same thoughts and feelings of wanting to quit had held me back in most areas of my life- physically, mentally, emotionally and spiritually.

So I stopped thinking about the hours ahead of me to reach the summit and focused on my next step, and then the next and then the next. And finally, there before me was the crater on the summit. It was a beautiful, warm, sunny day-I could see forever. By taking one step at a time, I made it. I share this experience with clients as a metaphor for focusing on releasing two pounds each week. Another story that I share with people is an event that happened in grad school in Santa Monica. One morning, were divided into small groups and each group was given a rubber ring. The instructors took our class outside and we were told that we had to through the ring all the way to the Santa Monica Pier, which according to Google Maps, is 2.8 miles from the University. We were also told that we could eat lunch at the Pier as long as we were back on time for the afternoon class.

Naturally, there was immediate confusion, disbelief, overwhelm and talk of “impossible.”  But, someone grabbed the ring and threw it three feet. She walked over, picked up and through it another three feet. We all joined in taking turns with our three foot toss and soon, we were enjoying a sunny lunch on the Santa Monica Pier. By focusing on the three foot toss, the seemingly impossible was accomplished.

So, Rick, don’t focus on the 200 hundred pounds, focus on the next 2 pounds. Better yet Rick, focus on letting go of 4 ounces each day. That’s 2 pounds each week which is very doable. Doing this, you will soon achieve your goal.

Hypnosis for weight loss can help you achieve your goal of letting go of two pounds each week and help you to keep it off.

Folks, I’m happy to schedule you for a free weight loss hypnosis consultation here in the Medical Dental Building in downtown Seattle, on Bainbridge Island or online from your own home or office.

And please, keep sending me your Ask Roger questions.

I achieve my goal weight two pounds at a time.

Are you discouraged with your weight loss? 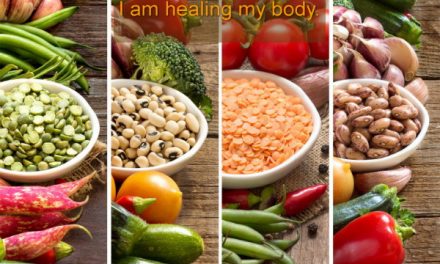 Look what happens when you stop eating meat!