Ask Roger: Where do you get your protein?

It happened again last week: “Where do you get your protein? While my inclination is to burst out laughing, I have learned to take a deep breath and remind myself that the meat and dairy councils have hypnotized the U.S. into thinking we are at risk of protein deficiency.

I recently read that if you ate your total daily calories only in potato chips, you will exceed your daily requirement of protein. I certainly don’t recommend a diet of potato chips and I don’t recommend that you plan your meals around a protein source.

The evidence for the past 100 years is that a whole food plant-based lifestyle maximizes health and helps you to maintain a healthy ideal weight. As long as you are consuming your daily requirement of calories, you will get all the complete protein you need from whole grains, vegetables and fruit.

What you really should be concerned about is excess protein. There is a growing concern that U.S. faces an epidemic of kidney failure due to this excess. Your body cannot store protein and the excess is eliminated through your kidneys. Those protein drinks, powders and bars cause damage to your kidneys.

The good news is that today, major healthcare organizations like Kaiser Permanente, the Physicians Committee for Responsible Medicine, along with the cancer, heart and diabetes associations are all recommending a whole food plant-based lifestyle.

If you are thinking that you could never give up your meat and dairy, I hear you. I grew up in a meat and dairy family on a dairy farm. I also grew up fat and as a young adult at 260 pounds I was borderline diabetic and dealing with high blood pressure.

Hypnosis for weight loss saved my life. Twenty-two years ago I lost 115 pounds and thanks to weight loss hypnosis I have kept it off. As the director of Slender For Life™ Hypnosis for Weight Loss, I am proud to say that we have always advocated a whole food plant-based lifestyle.

Slender For Life™ Hypnosis for Weight Loss can help you too. Give me a call or send me an email and schedule your free weight loss hypnosis consultation now. In chapter 5 of my book, Becoming Slender For Life, I write:

But I need my protein!

Who do you know with a protein deficiency? Do you know anyone who has a disease, such as kwashiorkor, caused by a lack of protein? I don’t—and I don’t know that I ever have. The problem is excess protein. Sixty-five percent of the U.S. population is fat, and many have the diseases that come with being fat. Excess food is the problem—certainly not lack of protein.

It’s extremely difficult for anyone to become protein-deficient. You would have to give up eating all together. Practically all unrefined foods are loaded with proteins. Rice is 8 percent protein, oranges 8 percent, potatoes 11 percent and beans 26 percent. A 2.7-ounce tub of instant oatmeal contains 9 grams of protein. One-half cup of uncooked quinoa has 11 grams of protein. One medium-size banana and a 1.5-ounce box of raisins each have more than one gram of protein. It is impossible to develop a protein-deficient diet based on vegetables, beans, grains and fruits. If you want extra protein, consider wheat and soy products such as seitan and tofu—more about tofu later.

And in spite of the tales you’ve been told, vegetable proteins are complete proteins. All the essential and nonessential amino acids are represented in single unrefined starches such as rice, corn, wheat and potatoes in amounts in excess of every individual’s needs—even for endurance athletes or weight lifters. We don’t have to seek out some complicated combinations of foods to make proteins complete. If that were true, we would never have survived as a species. There is no need to intentionally choose special combinations of foods.

A healthy adult male uses less than 20 grams of protein each day. Yet an average American consumes 160 grams of protein each day: eight times more than we need! Excess protein is not converted to carbohydrate or fat, nor is it stored. Our body has no choice but to dispose of the 140 grams of excess protein. The elimination of excess protein occurs through the kidneys and liver. Due to this excess, they become overworked, and the kidneys begin to deteriorate over time. In addition, animal proteins also contribute to kidney stones.

Excess protein causes changes in kidney metabolism and minerals, especially calcium, are lost through the kidneys in large amounts. The most damaging protein is from animals: meat, poultry, dairy and fish. This leaching of calcium from the body can lead to osteoporosis. Throughout the world, the incidence of osteoporosis correlates directly with protein intake. Countries where meat is a dietary staple have higher incidences of osteoporosis.

Although protein and carbohydrates have almost the same number of calories per gram, foods that are high in protein—particularly animal products—are also usually high in fat. Even lean cuts of meat have much more fat than a healthy body needs. And animal products always lack fiber. Fiber helps make foods more satisfying without adding many calories, and it is only found in foods from plants.

I’m loving myself with plant-based food. 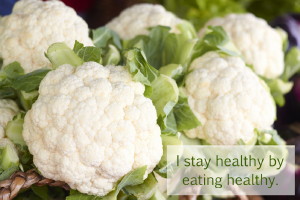 Counting Calories: Getting Back to Weight-Loss Basics 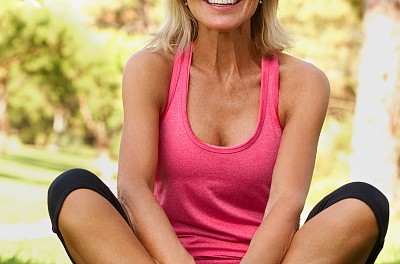 So Are You Willing To Change?