Ask Roger: How much water should I drink?

This week’s Ask Roger question is, “How much water should I drink?” That’s a great question for many reasons. Honestly, I’m not sure that anyone really knows.

Your body is made of approximately 60 percent water, so you do need water. There have been many studies about the need for water. The recommendation for 64 ounces dates back to 1921. I’ve read articles that suggest to not worry about it and that you’ll get all the water you need from the food you eat and the coffee you drink.

Jeff Novick is a nutritionist and dietician and Michael Greger, M.D., are two professionals that I highly respect. I refer people to their articles and then suggest that you make your own decision based on what you know about your body and its needs for water. How many glasses of water a day?

Jeff Novick writes, “Over the years, there have been many attempts to come out with recommendations and guidelines for the amount of water humans should consume. However, none of them are accurate. There are so many variables that come into play, and are different for each person, that no single guidelines could ever work.

For many years, we heard that thirst was not a good indicator of hydration status, especially in athletes, and we were all told to drink lots of fluids and given all kinds of formulas to follow. It turns out that not only may thirst be an adequate indicator, but some of the formulas resulted in over hydration, which caused its own set of problems. Many athletes who were following the advice of these formulas, developed exercise- associated hyponatremia, a condition in which the body’s sodium concentration is diluted too much and several died from this.

In fact, in an article that was published in the Clinical Journal of Sports Medicine, July 2006, the authors concluded “the best approach is to replace fluids is in response to thirst.”

They also said that there is no “blanket advice” to give to people about how much fluids are needed. Instead, they said, people should be encouraged “to explore, understand and be flexible toward their own needs.”

“Athletes should learn to trust the sensation of thirst, rather than adhere to rigid guidelines that do not allow for the flexibility that is needed in a dynamic situation.”

They recommend that people drink when they feel thirsty, as the best way to protect against consuming too much or too little fluids.”

Read How many glasses of water a day?

Please email me with your questions for Ask Roger

How Many Glasses of Water Should We Drink a Day?

According to Dr. Michael Greger, “based on all the best evidence to date, authorities from Europe, the U.S. Institute of Medicine, and the World Health Organization recommend between 2 to 2.7 liters of water a day for women. That’s 8 to 11 cups a day for women, and 10 to 15 cups a day for men. Now but that’s water from all sources–not just beverages–and we get about a liter from food and the water our body actually makes. So these translate into a recommendation for women to drink 4 to 7 cups of water a day, and men 6 to 11 cups, assuming only moderate physical activity at moderate ambient temperatures.

We can also get water from all the other drinks we consume, including caffeinated drinks, with the exception of stronger alcoholic drinks, like wines and spirits. Beer can leave you with more water than you started with, but wine actively dehydrates you. Note, though, in the cancer and heart disease studies I mentioned, the benefits were found only with increased water consumption–not other beverages–so unless you have conditions like heart or kidney failure, women should drink 4 to 7 cups of water a day and men should drink 6 to 11.”

Read How Many Glasses of Water Should We Drink a Day?

Here is what I do know: In the past twenty years as a weight loss hypnosis specialist, I’ve observed that people who drink more water – about 48 ounces a day or more, lose weight quicker and easier than those who drink less water. That’s not a scientific study or medical recommendation, just my personal observation. Based on this observation, I do encourage people to drink water and pay attention to their body and what it is telling them.

I encourage you to pay attention and observe how your body responds to water. Consider your level of physical activity and talk to your health care professional. Then, make your own decision about what is right amount of water to drink each day for you.

I drink plenty of water to stay healthy and hydrated. 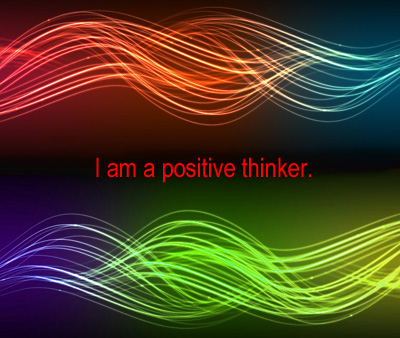 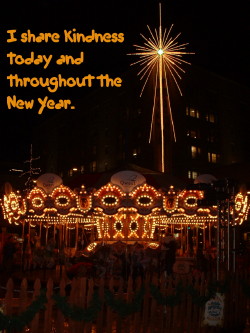 May your Christmas be filled with kindness!

Unworthiness ~ Creating Hell Out of Heaven

I'm Off on Vacation