Ask Roger: So what about calcium?

People share with me their concerns about bone loss and osteoporosis. I’m frequently asked about healthy sources of calcium and I still hear of people forcing milk and other dairy products on their family believing that milk builds strong bones. According to the Dairy Council’s own research, milk does not build strong bones.

I am not a dietitian or a nutritionist. I have studied nutrition for the past 20 years, I am Certified by Dr. John McDougall in his Starch Solution training program and I studying for a certification in sports nutrition. When people ask me, I happily share the evidence that is available from the Physicians Committee for Responsible Medicine (PCRM), Dr. John McDougall and many others that supports a whole food plant-based lifestyle.

Where do I get calcium?

I received this email from Lilly a few days ago:

“Thank you, Roger for your Ask Roger articles. I have enjoyed an appreciated them very much. Last week you wrote about protein and you mentioned calcium. I want to know more. I’m trying to lead a vegan life but I am concerned about getting enough calcium.

If I don’t eat any dairy, where do I get calcium?”

Many people are eating cheese for calcium and protein when in reality they are just fooling themselves. Cheese is very addictive. I remember when I would go through a three pound brick of cheese in just a few days. Of course then I weighed 260 pounds. I was fat and sick.

It’s been almost 20 years now since I quit eating cheese, butter, ice cream, yogurt, milk or any other dairy product. Today, I am slender and healthy.

Are you concerned about calcium and your bone health? Are you ready for healthy lifestyle changes? Are you wanting to lose weight? Seattle Hypnosis for Weight Loss with Roger Moore can help you to make lasting lifestyle changes. Call me at (206) 903-1232 or email me and schedule your free weight loss hypnosis consultation. The dairy for calcium myth

From Becoming Slender For Life

Members of the Physicians Committee for Responsible Medicine recommend that you minimize or eliminate dairy products, including milk, yogurt, cheese and eggs.

All are loaded with fat and cholesterol. Cow’s milk contains 50 percent more fat than mother’s milk. No other species still drinks milk after the young offspring phase, and there is no other species which drinks the milk of a different species other than domesticated cats and dogs, which have been made accustomed to this. Even low-fat dairy products are not recommended because of potential health hazards including allergies, childhood diabetes, arthritis and lactose intolerance. Unfortunately, dairy industry advertisements do not reveal the unwanted side-effects, which include increased risk of prostrate and ovarian cancer, diabetes, obesity and heart disease. Use small amounts of low fat soy milk or rice milk as alternatives.

No Milk? Where do I get my calcium? Have you ever seen “Milk Builds Strong Bones” on a milk carton? No-and you won’t. FDA regulations do not permit false advertising. Milk does not protect the bones.

Most of us grew up with nutritional posters on our elementary school walls that were funded by the Dairy Council. We were taught in school that milk builds strong bones and that milk was good for us. I even grew up on a dairy farm where milk was sold.

Today we know that the Dairy Council’s own studies show that dairy actually takes calcium out of the body. And we know from Dr. John McDougall, the Physicians Committee for Responsible Medicine and others, that dairy foods are unhealthy and can contribute to obesity and other illnesses. In spite of the evidence to not eat dairy products, most Americans will not hear of it. They will not even look at the facts. Most Americans continue to eat cheese and feed their children milk.

Experience around the world fails to support benefits claimed by the dairy industry. Countries with the highest traditional consumption of dairy products (United States, Sweden, Israel, Finland and the United Kingdom) also have the highest rates of osteoporosis-related hip fractures. Places in the world with a traditionally low intake of dairy (Hong Kong, Singapore, countries in rural Africa) have the lowest incidence of osteoporosis. Finland has both the highest milk and milk product consumption rate and the highest diabetes rate worldwide. Spain has one of the lowest milk consumption rates and has one of the lowest diabetes rates.

If calcium is the key and milk is such a great source, why are there still ten million Americans with osteoporosis? Long-standing recommendations to increase calcium intakes have had little or no effect on the prevalence of osteoporosis or fractures in the United States. Worldwide, the incidence of osteoporosis correlates directly and strongly with animal protein intake.

Calcium is a mineral, and like all minerals, it comes from the ground. There are many good sources of calcium. Kale, broccoli, and other green leafy vegetables contain calcium that is readily absorbed by the body. A report in the American Journal of Clinical Nutrition found that calcium absorbability was actually higher for kale than for milk, and concluded that “greens such as kale can be considered to be at least as good as milk in terms of their calcium absorbability.” Beans are also rich in calcium. Dairy products are not required for good nutrition.

Green leafy vegetables and beans are rich in calcium, without the disadvantages of dairy products. While there is somewhat less calcium in broccoli than in milk, the absorption fraction-the percentage your body can actually use-is higher from broccoli and nearly all other greens than from milk. If you are looking for calcium for whatever reason, you will find more than you need in fortified juices and soy milks.

The key in maintaining calcium balance, however, is not only to have an adequate intake, but to minimize calcium losses. That means avoiding animal protein, limiting sodium (salt) in your diet, getting adequate exercise and enough sunlight for vitamin D generation in your body. Becoming Slender For Life pages 142 – 145 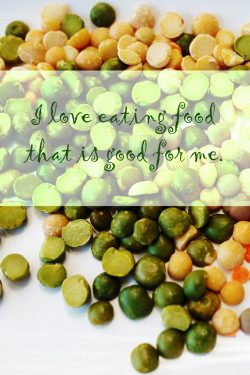 Welcome to Slender For Life™ hypnosis for weight loss 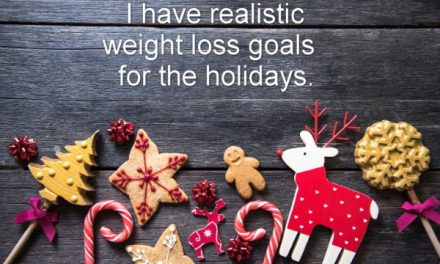