Ask Roger: How do I stop my craving for sweets?

So many people have a craving for sweets. In this post, I share one of the tools that I teach to Slender For Life™ Weight Loss Hypnosis clients.

This week’s email comes from Ruth in Missouri.

“Ten years ago my sister lost 60 pounds with your weight loss hypnosis program and she’s kept it off beautifully.

I have been talking to her about my craving for sweets. It’s really getting worse and it’s freaking me out with the holidays coming soon.

My sister said you taught her a technique that you used for food cravings and she remembered it involves peas – but that’s about all she can remember.

Can you please share your technique with me? And, how can I work with you for weight loss from Missouri? Stopping your craving for sweets

Thanks for writing to me Ruth. I’m happy to share this technique with you for stopping your craving for sweets. You can use it with any craving.

Is it in color or black and white? Is bigger or smaller than the other icons? What does it look like?

Since you didn’t specify the sweet, I’m going to use cinnamon rolls because that was my first drug of choice. For me, the cinnamon roll icon is in the center of the screen, it is in color and is larger than the other icons. It’s a big cinnamon roll with frosting.

Now, think of a food that you absolutely despise.

A food that nauseates you. You can’t stand the smell, taste and texture of this food. It gags you to think about swallowing it.

So what is your food that grosses you out? Liver? Lutefisk? Oysters? You can get as gross with this as you want.

On my desk top they put a pan of stinky grey peas in the lower left corner. It is in color but smaller than the other icons.

This can be a fun tool for you to use to be in total control of your cravings and only indulge those that are healthy.

Use this tool and be at choice and in control of you. When you’re craving junk food you can quickly put an end to your craving.

Then, take a deep breath and feel your feet on the floor and your butt in the chair. Become mindful. From here, you can make healthy choices.

I am happy to meet with you online, In Seattle or on Bainbridge Island for a free weight loss hypnosis consultation.

I am in total control of my cravings and only indulge those that are healthy. 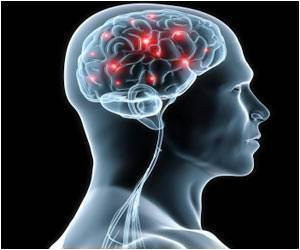 Unconscious self control is possible