Our diets have changed radically in the last 50 years The American diet has changed radically in the last 50 years. At a press conference on January 14, 1977, Dr. D.M. Hegsted, Professor of Nutrition, Harvard School of Public Health, said that “The diet of the American people has become increasingly rich–rich in meat and other sources of saturated fat and cholesterol and sugar.” The story behind the first U.S. dietary guidelines explains why to this day the decades of science supporting a more plant-based diet have yet to fully translate into public policy. Yesterday I posted about a 1907 NY Times article, CANCER INCREASING AMONG MEAT EATERS. Slender For Life™clients learn hypnosis for weight loss so that they can stop the radical unhealthy eating that has become the Standard American Diet. And yes, it is a SAD state of affairs that 65% of Americans are overweight. Eating plant based food is anything but radical.

What will it take for us to understand that you simply cannot afford to continue eating the foods that make you fat and sick? Healthcare reform is not optional, it is a requirement. Healthcare reform begins with you eating responsibly and reforming your own health care.

George McGovern, who died last year age 90, was best known for his 1972 Presidential defeat to Richard Nixon, be he also chaired a committee that released the first dietary guidelines in January 1977. “The simple fact is, he said at the press conference of their release, “that our diets have changed radically with the last 50 years with very harmful effects on our health. These dietary changes represent as great a threat to public health as smoking.” “The diet of the American people has become increasingly rich–rich in meat and other sources of saturated fat and cholesterol and sugar.” “Most all of the health problems underlying the leading causes of death in the United States could be modified by improvements in diet.” “Ischemic heart disease, cancer, diabetes, and hypertension are the diseases that kill us. They are epidemic in our population. We cannot afford to temporize. The public wants some guidance, wants to know the truth, and hopefully today we can lay the cornerstone for the building of better health for all Americans through better nutrition.”

As Dr. Hegsted later recounted in an interview–a founding member of Harvard’s nutrition department that spoke at the press conference—”The meat, milk and egg producers were very upset.” And they weren’t the only ones. The president of the International Sugar Research Foundation called the report “unfortunate and ill-advised,” all part of the emotional anti-sucrose, anti-table sugar tidal wave conspiracy evidently. From the official record: “Simply stated, people like sweet things, and apparently the McGovern Committee believes that people should be deprived of what they like. There is a puritanical streak in certain Americans that leads them to become ‘do-gooders.’” The president of the salt institute felt that there is definitely no need for a dietary goal that calls for the reduction of salt consumption. In fact the assertion that “improved nutrition may cut the Nation’s health bill by one third” was challenged. See, what you don’t understand is that healthcare expenditures increase if the lifespan is prolonged. See if people live longer because they eat healthier it could be more expensive. As some researcher pointed out, “If tobacco were banned the increase in the expected lifespan would simultaneously increase the cost of care of old people which comes under the category of healthcare expenditures.” If people eat healthier we might have more old people to take care of! The National Dairy Council likewise recommended the dietary goals be withdrawn and reformulated to have the endorsement of the food industry. You know as soon as Haagen das says their OK, then go for it.

If you are ready to reform your health care and make changes in your diet, I invite you to begin by attending my online Starch Solution course. I’m also happy to offer you a free and no-obligation consultation in my Seattle weight loss office, Bainbridge weight loss office or on-line in the comfort of your own home. You can change the radical unhealthy eating known as the Standard American Diet (SAD).

In case you missed it, read CANCER INCREASING AMONG MEAT EATERS.

I eat what is best for my health and well-being. 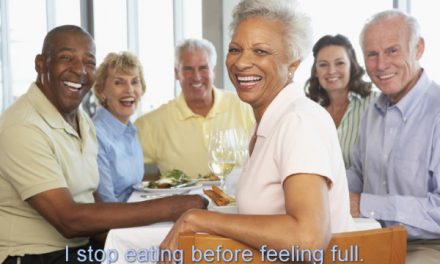 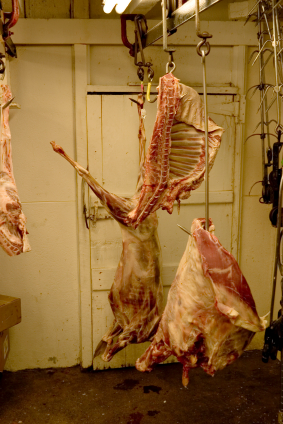 Weight Loss – You Must Eat Meat For Protein 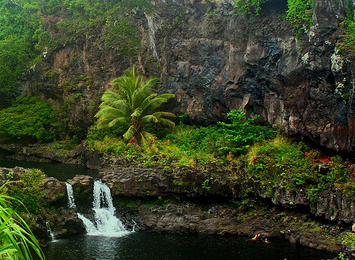 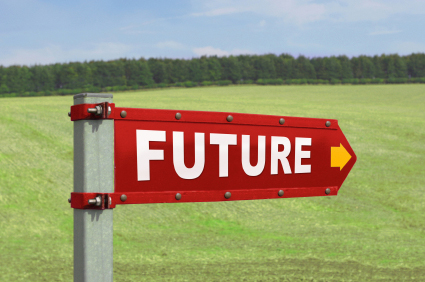