Meat is as deadly as tobacco 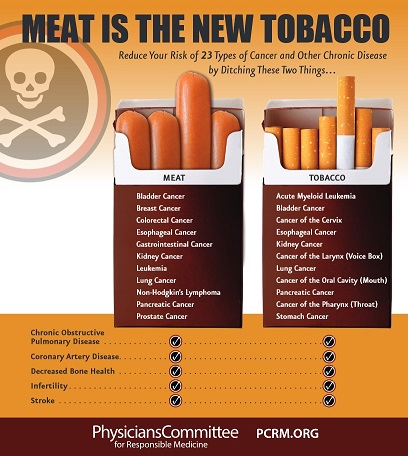 More research shows that meat and cheese are as deadly as tobacco. That boneless, skinless chicken breast or that piece of fish that you thought was healthy are actually increasing your your chances of disease and early death. At Slender For Life™ hypnosis for weight loss you can learn the mindfulness based tools that can help you end your desires for foods that make you fat and sick. And, the good news that you don’t have to be overweight to achieve the benefits of self hypnosis. If you are ready to make healthy lifestyle changes, call or email me. No matter where you live, together you and I can create a support program for you.

Physicians Committee For Responsible Medicine, Breaking News, March 4, 2014: Eating a diet high in animal protein leads to an earlier death, compared with people who consume less, according to a new study analyzing data from 6,381 American adults aged 50 and older. Participants who ate the most animal protein had a 5-fold increase risk of death related to diabetes. Those younger than 65 who ate the most animal protein had a 74 percent increase risk for death from any cause and a 4-fold increase in death related to cancer, during a follow-up of 18 years. Risks for death were diminished or absent when protein sources were plant-derived.

Meat and cheese may be as bad as smoking

University of Southern Californian, by Suzanne Wu, March 4, 2014: That chicken wing you’re eating could be as deadly as a cigarette. In a new study that tracked a large sample of adults for nearly two decades, researchers have found that eating a diet rich in animal proteins during middle age makes you four times more likely to die of cancer than someone with a low-protein diet — a mortality risk factor comparable to smoking.

“There’s a misconception that because we all eat, understanding nutrition is simple. But the question is not whether a certain diet allows you to do well for three days, but can it help you survive to be 100?” said corresponding author Valter Longo, Edna M. Jones Professor of Biogerontology at the USC Davis School of Gerontology and director of the USC Longevity Institute. Longo has a joint appointment at the USC Dornsife College of Letters, Arts and Sciences.

Not only is excessive protein consumption linked to a dramatic rise in cancer mortality, but middle-aged people who eat lots of proteins from animal sources — including meat, milk and cheese — are also more susceptible to early death in general, revealed the study published today in Cell Metabolism. Protein-lovers were 74 percent more likely to die of any cause within the study period than their more low-protein counterparts. They were also several times more likely to die of diabetes.

Read Meat and cheese may be as bad as smoking

After 17 years of supporting people with healthy eating, it still surprises me at how many people talk about getting in their protein. The research shows that a low-protein diet in middle age is useful for preventing cancer and overall mortality.

Learn the mindfulness tools to help you to love and care for your body. You can end your desire for food that makes you fat and sick at Slender For Life™ hypnosis for weight loss.

Read Meat Is the New Tobacco

Check out all the tools and resources here at Hypnosis Health Info.
Call

I love and care for my body. 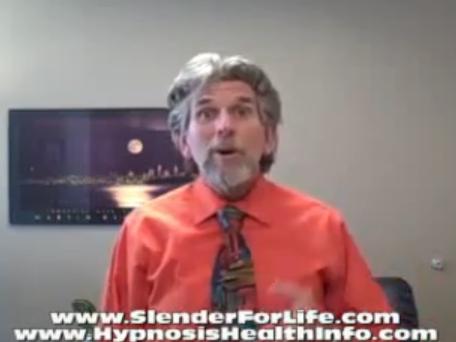