Hypnosis for Dementia and Alzheimer’s Disease 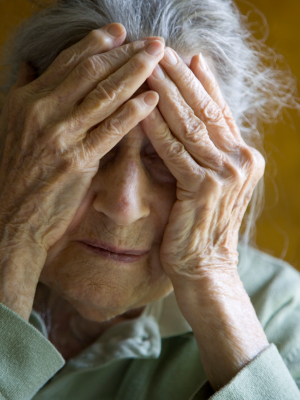 I’ve been learning about hypnosis for dementia and Alzheimer’s Disease for the past 21 years. In 1998, I received a call asking if I would come to a home on Bainbridge Island to meet with an elderly bed ridden woman who was living with Alzheimer’s. At the time, I really didn’t know if there was anything that I had to offer or if hypnosis could be a viable therapy for some one with dementia. When I arrived, the woman was bed ridden and very agitated. Her son. daughter and daughter-in-law were all present and very distraught. They loved their mother and it was heart breaking for them to see her this way. I remember that I just started talking with her and used a hypnosis relaxation. At the time, I didn’t know if I was helping at all, but her children said that it very much helped them. When I left, the woman was resting quietly.

Over the next couple of months, the son asked me to come back weekly. He was adamant that his mother was more peaceful for several days after our sessions. One day I received a call that she had passed. I met with the children for a few sessions to offer comfort and hypnosis as they grieved and processed the loss of their mother.

Throughout the years, I have had several clients with dementia. I discovered that with hypnosis, people with dementia were showing improvement in their quality of life. I continue researching dementia and specifically Alzheimer’s Disease and in August 2008, came across a study about hypnosis for dementia in the UK by Dr. Dan Nightingale and Dr. Simon Duff. They found that people living with dementia who had received hypnosis therapy showed an improvement in concentration, memory and socialization compared to the other two treatment groups. Relaxation, motivation and daily living activities also improved with the use of hypnosis. And, what really impressed me, is the improvements continued in a followup study 12 months after the hypnosis sessions had concluded.

Enhancing Quality of Life Through Hypnosis

The data from this study supports previous work indicating that individuals with dementia can be hypnotized. Furthermore, it adds to the increasing body of empirical data demonstrating the important contribution hypnosis can make in improving the QOL of individuals with dementia. Importantly, although it may seem obvious, it is crucial to differentiate between improving the psychosocial QOL of persons with dementia and impacting upon the process of dementia. In the particular environment of this study, hypnosis has demonstrated an ability to play a role in changing particular aspects of QOL.This implies that there is a subjective, cognitive component to the common behavioral changes associated with dementia that impact QOL in addition to those changes produced by the biological process of dementia.We suggest that it is through this subjective component that hypnosis impacts QOL, which leads to the prediction that it should be possible to both differentiate and plan interventions for the objective, biological effects of dementia and the subjective, psychological effects independently

The study showed that over a 9 month period, hypnosis helped people with dementia to improve:

I’ve now completed my training in Hypnotherapy for People Living With A Neurocognitive Disorder with Dementia Therapy Specialists. I’ve incorporated neuroplasticity hypnosis into my practice with people living with dementia and the results that are reported to me by my clients and their caregivers have been very gratifying.

Living well with dementia is transforming a malignant life of dementia into a productive life of REMENTIA. Rementia is defined as the regaining of lost cognitive functional abilities. People living with dementia and their caregivers can benefit from hypnosis to help them to have a better quality of life.

Free hypnosis for dementia consultations can be scheduled at Palm Desert Hypnosis with Roger Moore or online via my Hypnosis Health Info Virtual Office by calling me at 760-219-8079 or send me at email: Roger@HypnosisHealthInfo.com.