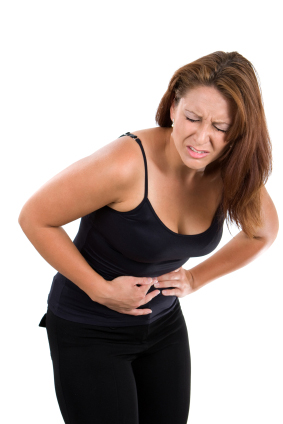 How Hypnosis can help IBS

Irritable Bowel Syndrome (IBS) also known as spastic colon, colitis, or nervous stomach, is a baffling and complex set of gastrointestinal symptoms that affects 15% to 20% of the population (approximately 20 million people). It is characterized by intermittent abdominal cramping, constipation, diarrhea, pain, and bloating. Two thirds of the patients are women. It’s the second most cited reason for missed work days, and it accounts for approximately half of all visits to gastroenterologists.

While the causes of IBS are not known, we do know that people with IBS experience changes in the way sensations are perceived in the colon. There are some anatomical changes in the lining of the colon and to the nervous system of the colon, but what causes these changes is unknown. The symptoms are exacerbated by stress, changes in diet and changes in daily routine, among many other things. Until recently, IBS was thought to be simply a “nervous” disorder and not taken as seriously as it deserved. While IBS will not kill you, it is far more than just a nuisance.

Traditional treatment consists of fiber therapy, antispasmodic medication and antidepressants. It’s important to note that only 25% of people who suffer with IBS symptoms respond to traditional treatments. However, the evidence is overwhelming that IBS symptoms do respond to hypnosis. Not only do they respond, but they respond dramatically! The research evidence to support this is so dramatic and so overwhelming that Adriane Fugh-Berman, MD, chair of the National Women’s Health Network in Washington, D.C. says that hypnosis should be the treatment of choice for all severe cases of IBS.

Roger Moore says: “In my own practice, I’ve treated many people with IBS, and found hypnosis really gets at the underlying causes in ways that pills simply cannot. I recall one client who had been to countless MDs and found no relief. Yet within a week of starting hypnosis sessions, she reported having less bloating and constipation. Other clients have reported that within two to three weeks of starting sessions they overall are feeling better, have more energy and are more willing to be out in public.”

The evidence is overwhelming that Hypnotherapy produces dramatic results in improvement of symptoms for over 80% of IBS sufferers.

Hypnosis and upper digestive function and disease: Hypnosis delivered on a single session by an expert therapist has been shown capable of modulating gastric secretion and accelerating gastric emptying in healthy volunteers.

IBS/Fibromyalgia Relief: Irritable bowel syndrome and fibromyalgia are two examples of common, chronic illnesses that respond very well to hypnosis but not to conventional medical treatments.