Obesity rates in U.S. appear to be leveling off according to an Associated Press story by Mike Stobbe in the November 29, 2007, Seattle PI. According to a new government report released November 28, obesity rates for women seem to be staying level and the rate in men may be hitting a plateau now too. Still, 34% of the US population is overweight according to the US Centers for Disease Control and Prevention!

The obesity rate has been climbing since 1980 when it was about 15%. Today, about 65% of the US population is overweight and countries that have adopted our fast foods and processed foods are experiencing rapid increase in obesity.

Researchers are unsure as to why the obesity rate seems to be leveling off, they think in maybe due to increased exercise and a decrease in high-calorie and fatty foods.

Personally, I am not convinced that the obesity rate is actually leveling off. I would be thrilled if it is, but I doubt it. I hear lots of talk about dieting but I don’t see life-style changes. It seems to be that Dagwood‘s method dieting is common. And Sarge’s obsession with food in Beetle Bailey isn’t too far fetched – he constantly feeds himself hypnotic suggestions about food.

One of the many positive comments that I hear about Slender For Life is that it is a life-style change. Slender For Life clients learn self-hypnosis so that they can create long-lasting changes in what and how much they eat. Mary (a client) just left me a message saying that after only a two hypnotherapy sessions she is amazed at how her craving for chocolate is gone. Like Dagwood in Blondie and Sarge in Beetle Bailey, everyone does their own form of self-hypnosis. If you are ready to learn hypnosis or learn more about hypnosis contact me – I’d love to to get you started so that you can manage your behavior! 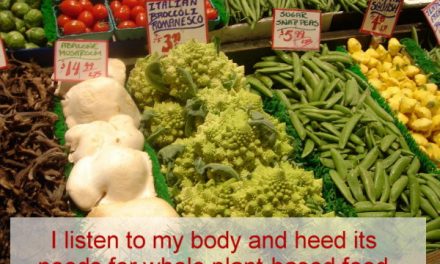 Weight loss: Are you willing to pay the price?