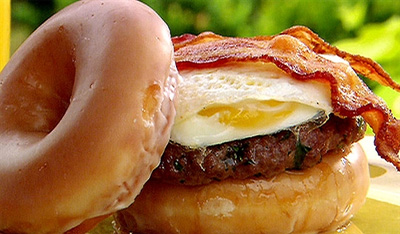 Visit msnbc.com for breaking news, world news, and news about the economy

How sad that Paula Deen, the queen of fat food comfort eating missed an opportunity to start talking about healthy eating. Deen confirmed to Al Roker on January 17, 2012, that she has type-2 diabetes. Rumors that the 64-year-old Southern cook suffers from the disease have been persistent. The National Enquirer first reported the diagnosis in April 2010. Deen neither confirmed nor denied the reports – until now. “I’m here today to let the world know that it is not a death sentence,” said Paula Deen. She’s right, it doesn’t have to be. Stop eating the unhealthy fat Paula Deen food and start eating healthy plant-based food and within as little as 4 to 6 weeks blood sugars can return to healthy levels. It is so sad that Deen has chosen instead to hawk Nova Novartis, the pharmaceutical company that supplies her diabetes medication instead. I guess the pharmaceutical companies money is more important than truly helping people avoid and recover from the preventable disease of diabetes, obesity and the other diseases caused by eating the sugar and grease that Paul Deen promotes to regular families. I’m here to tell you that you can make healthy eating changes in your life that are simple and affordable and will help you lose weight and prevent the diseases of obesity. Slender For Life™ offers real solutions for life-long change. Save your life and learn about weight loss hypnosis.

“I’m here today to let the world know that it is not a death sentence,” said the Food Network star, who is now being paid as a spokesperson for Novo Nordisk, the pharmaceutical company that supplies her diabetes medication. Coinciding with her announcement, Deen and her family are appearing in a new ad campaign for the company this month.

The news puts a spotlight on Deen, who has been criticized for promoting the type of high-fat, high-sugar diet that leads to weight gain – a major factor believed to cause type-2 diabetes. Deen said her reputation wasn’t the reason she kept the diagnosis under wraps. “I wanted to bring something to the table when I came forward,” she explained.

When asked about whether she will make a change in how she cooks on her show, “Paula’s Best Dishes,” Deen didn’t give a direct answer, instead encouraging viewers to practice moderation.

“Here’s the thing, you know, I’ve always encouraged moderation,” she said. “On my show, you know, I share with you all these yummy, fattening recipes, but I tell people ‘in moderation… You can have that little piece of pie …'”

Deen told USA Today that since the diagnosis, she walks on the treadmill and quit drinking sweet tea. “That’s a big trick for a little Southern girl,” she told the paper. “I calculated how much sugar I drank in empty calories, and it was staggering. I would start drinking tea at lunchtime and drank it all the way to bedtime.”

When asked by Roker about changes to her own diet, The Lady & Sons restaurateur emphasized her moderation mantra.

“I have always eaten in moderation,” she said. “You know, people see me on TV two or three times a day and they see me cooking all these wonderfully Southern, fattening dishes. That’s only 30 days out of 365,” she said. “And it’s for entertainment. And people have to be responsible. Like I told Oprah a few years ago, honey, I’m your cook, not your doctor. You are going to have to be responsible for yourself.”

Deen, who told TODAY.com last year that she couldn’t do without butter or a deep-fryer, was called out by fellow food personality Anthony Bourdain in a TV Guide article for being “the worst, most dangerous person to America,” who “revels in her unholy connections with evil corporations” and is “proud of the fact that her food is f—ing bad for you.”

Deen responded, telling the New York Post, “Anthony Bourdain needs to get a life.” Positioning herself as relatable to the home cook, she added, “Not everybody can afford to pay $58 for prime rib or $650 for a bottle of wine. My friends and I cook for regular families who worry about feeding their kids and paying the bills.”

Paula Deen could be educating millions about healthy cooking for weight loss and diabetes. Instead, she promotes outrageous menu items like her fried-egg bacon & egg burger on a glazed doughnut.  One of Deen’s customers who also has type-2 diabetes, told the paper that Deen’s announcement actually had him worried that The Lady & Sons (Deen’s restaurant) would change its menu to offer healthier, low-fat fare. When he was called in for his reservation, he joked to the reporter, “I’m gonna go in and get me some more diabetes.” Diabetes is not a joking matter and as a nation we simply cannot afford the health care costs of being fat and its related diseases like diabetes. Seriously, y'all: A fried-egg bacon burger on a glazed doughnut bun is NOT doctor-approved.

Deen says, “My friends and I cook for regular families who worry about feeding their kids and paying the bills.” Why would she think that making them fat and sick is helping them save money?! You can eat delicious healthy food that is easy to prepare and affordable that won’t lead to disease and death. Paula Deen is right – I have to be responsible for myself. I have to take responsibility for my own health care.

Deen stated that she has always promoted moderation. Moderation has not worked for her and it doesn’t for most people. Radical change produces radical results. Moderate change produces moderate results – usually to nowhere.

As a nation we must reform healthcare. We simply cannot afford to be the fattest and sickest nation. It is time that each of us take responsibility and reform our healthcare with healthy eating, exercise and other healthy lifestyle changes. Unlike Deen, most of us don’t have Nova Novartis sending us a fat pay check to promote being fatter and sicker. Deen did announce yesterday that she is donation a portion of the money she makes from Nova Novartis to the American Diabetes Association. Imagine the good she could do if she stopped selling fat, drugs and diabetes and taught people how to make wonderful plant-based meals that promoted health and not death.

Diabetes doesn’t have to be a death sentence. Eating Paula Deen food is.

If you are tired of being fat and sick, learn more about weight loss hypnosis. No matter where you live, Slender For Life™ can help you eat for a healthy future.

I’d love to know your thoughts about Paula Deen. Please comment below.

I am eating for my healthy future. 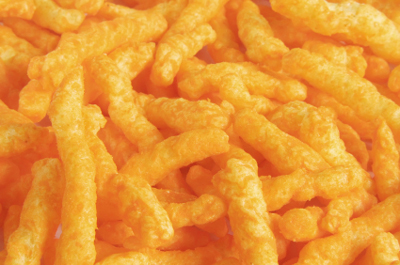 Weight Loss – Why You Can't Eat Just One 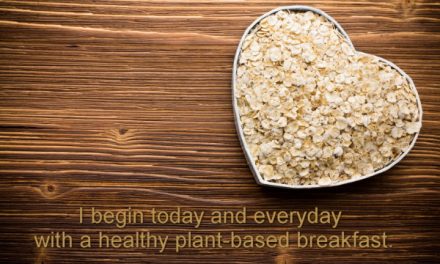 What are you avoiding?