Simple joy ~ Becoming the Greatest Expression of You

When you are being the Greatest Expression of You, you can recognize and experience the simple joy in life.

Just this past Friday on a bike ride, I realized that even when I am doing something joyful like riding my bike, it is easy to slip back to old ways of being – old perceptions of self that do not serve me.

I was on a 5 mile stretch of road that gains about 1200 feet in altitude. It’s not steep, just uphill on a rough road with head wind. I was watching the computer on my bike and my average miles per hour had dropped from almost 16 mph to about 11. I was getting down on myself for going so slow. The old negative chatter started in about how much faster I could ride even a year ago. And then, I flashed on Thursday night and burst out laughing at myself.

Thursday night I went out to dinner with a friend and as we left the restaurant for our cars, he pointed out a group of about 30 cyclists to me. I walked over and was amazed to find that they were all on single speed retro bicycles – fat tires and all.

It was a group of guys mostly in their 20’s and 30’s. (I did see a couple of old gray-haired guys like me, but most were kids). One of the guys introduced himself (he called me “Pops”) and told me all about their group. They ride about 15 miles on Thursdays and on Sundays they cycle with their young children on a slower and shorter ride.

Just ride for the simple joy

The man I was talking with was friendly and inviting. He had a Budweiser in one hand, a cigarette in the other and his red bike lay on the ground. The group was happy and joyful. There was lots of laughter. Some were popping wheelies in the parking lot.

While they did have lights on their bikes, there were no helmets, no jerseys, no bike shorts and no bike shoes – they wore regular old tennis shoes.

As I was trying to wrap my head around this scene, several invited me to join them next week. I explained that I had a multi-geared road bike and they said they’d make an exception for me and that I wouldn’t embarrass them too much. I laughed and asked how fast they road. “Pretty fast” was the response. I asked, “How fast is ‘pretty fast’?” Not a one of them knew how fast they road. They didn’t have bike computers or use an app on their phone.

They just road bikes for the simple joy of being with friends and riding a bike.

WOW! What a concept! Just ride for the simple joy.

As I road further, I giggled some more at myself. I realized I never get down on myself when I am riding 40 mph downhill even though that raises my average speed. 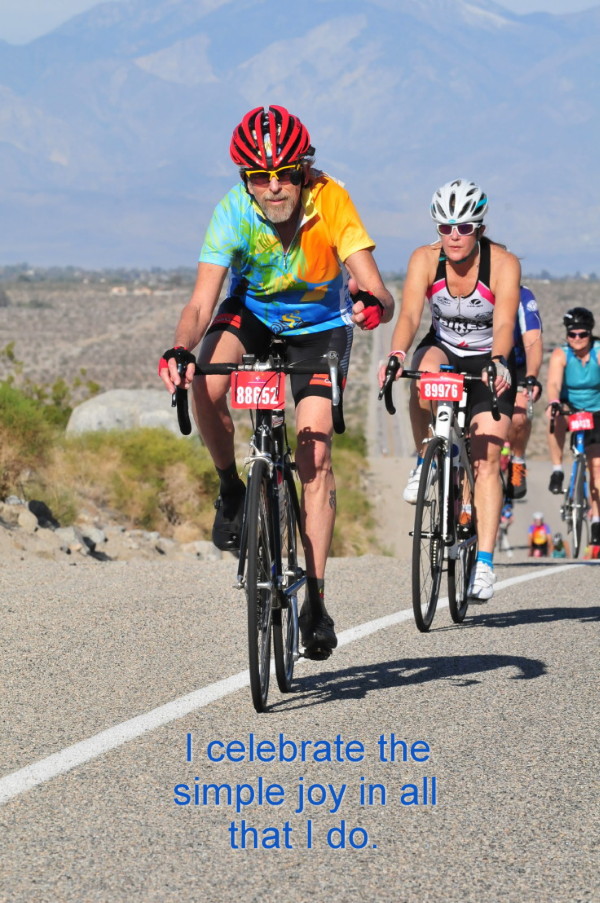 So now fast forward to the next (Saturday) morning. I had planned a long bike ride at least 30 miles, maybe more. One thing led to another (all good) and the result was I got a late start. The temperature was rising and the winds that were forecast for the afternoon came in. I left on my bike anyway and soon realized that the winds were only going to get stronger and that this was going to be a short ride.

I cut off on a side road and explored an area that I had not been to before. On this road, I found a nursery filled with cactus and palm trees and other desert plants that I look forward to going back to visit. As I was riding down a hill into the 20 plus mile per hour headwinds, I tried to lament that I was only going 17 mph rather than 40 mph as I usually do down this same hill. As I thought, “Oh the calamity,” I burst out laughing. Even when I tried, I could not be upset when I was absorbed in the simple joy of riding my bike.

I will continue to ride my multi-gear fast road bike – the single speed retro is cool – just not my style. But I do want to find the joy in every ride, especially when I am training – pushing myself to ride faster and longer. The joy is all around me.

There is joy in the wind on my face, the sun on my skin, the beautiful mountains in the distance, the flowers along the road and the roadrunner that scares the crap out of me when it cuts across the road right in front of me.

I celebrate the simple joy in all that I do. 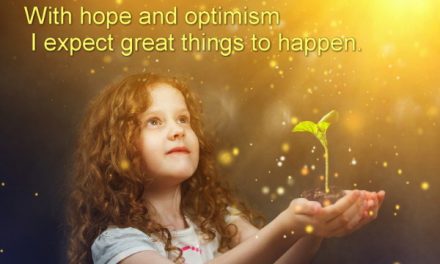 Hope and optimism ~ Becoming the Greatest Expression of You 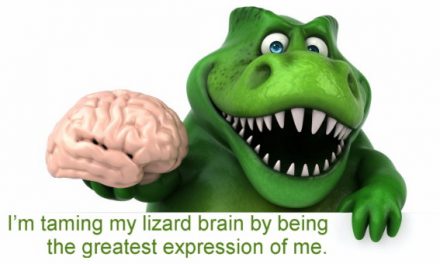 Triune brain ~ Becoming the Greatest Expression of You 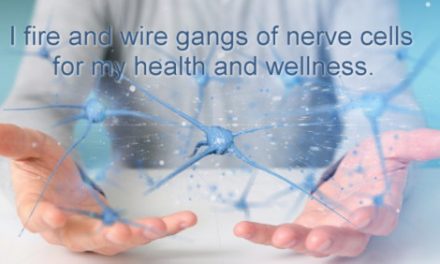 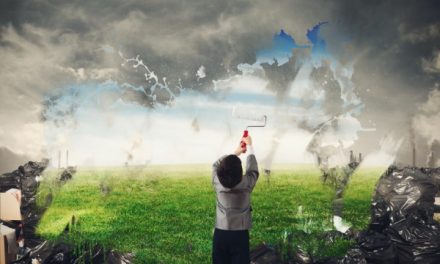