I know that it’s the holidays and you may be thinking that you’ll wait until January for your New Year’s resolution to lose weight. But do you really want to start that goal weighing 5 pounds more than you do now?

Using Slender For Life™ hypnosis for weight loss you can begin your journey to your healthy ideal weight now. Imagine, going through the holidays calm and relaxed, enjoying special holiday foods without gaining weight.

You can schedule your FREE weight loss hypnosis consultation for my Seattle weight loss, Bainbridge weight loss offices or online worldwide from the comfort of your home or office. Call or email me now and let’s get you scheduled.

With Slender For Life™ hypnosis for weight loss you really can become slender for the rest of your life…and I’ll show you how.

If you’re like a lot of people who struggle with losing weight, the holidays can be particularly stressful. Everywhere you turn, there’s another temptation— rich gravies, pies piled high with whipped cream, and chocolate everything.

What would it feel like to not even be tempted? What if you had a large amount of no desire for the foods that make you fat and sick?

That’s what Slender For Life™ weight loss hypnosis can do for you. Slender For Life™ hypnosis for weight loss really does work! Dustin Sturgeon has lost over 210 pounds

Dustin Sturgeon has lost over 210 pounds. He still has another 105 pounds to go but he has a powerful story of lifestyle change.

When Dustin weighed more than 500 pounds, walking one block completely winded him. Today, when he finishes swimming his laps at the pool, the winded feeling feels great. He says it feels awesome. Dustin likes the feeling he now gets from exercise.

Now, Dustin sees himself becoming the person he always saw himself being. The world is so amazing. Being so overweight he felt he couldn’t be a part of it because he was stuck in a body that wouldn’t move and was incapable of experiencing life. He’s now being a part of life. Click Dustin lost 210 pounds to read more about his weight loss journey.

Controlling my appetite is easy for me now. Becoming Slender For Life is filled with visualization and journal exercises, the book presents a practical and fresh approach to a chronic problem. What really separates this diet book from the rest is the addition of self-hypnosis techniques, which are absolutely safe and easy to learn.

Becoming Slender For Life is available in both paper back and ebook formats.

Learn more about Slender For Life™ Hypnosis for Weight Loss.
Call (206) 903-1232 or email for more information. 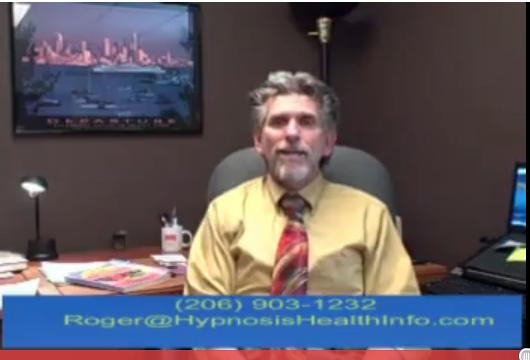 Forget About Willpower For Weight Loss

Salt May Be Killing You!