Strokes have tripled in recent years among middle-aged women in the U.S., an alarming trred that doctors blame on the obesity epidemic.

In a study led by Dr. Amytis Towfoghi, a neurology specialist at the University of California-Los Angeles, nearly 2% of women ages 35 to 54 reported suffering a stroke in the most recent federal health survey, from 1999 to 2004. Only about half a percent did in the previous survey, from 1988 to 1994.

Women‘s waistlines are nearly two inches bigger than they were on a decade earlier, and that bulge corresponds with the increase in strokes, researchers said.

In addition, women‘s average body mass index, a commonly used measure of obesity, rose from 27 in the earlier survey to 29. They also had a higher blood sugar levels.

The portion of women with abdominal obesity rose from 47% in the earlier survey to 59% in the recent one.

Slender For Life™ Hypnotic Weight Loss offers you a proven method of safely and healthfully losing weight and keeping it off. Self-hypnosis allows you to be in control of you – rather than being controlled by those cravings for sweets, fatty and salty foods. Hypnotherapy weight loss clients increase their desires for healthy foods and decrease their desires for junk foods. Use hypnosis to lose your body fat and keep it off – save your life! Want to know more? – Read Becoming Slender For Life.

Salt: The Scapegoat for the Western Diet by John McDougall, MD

Letting go of grudges and bitterness 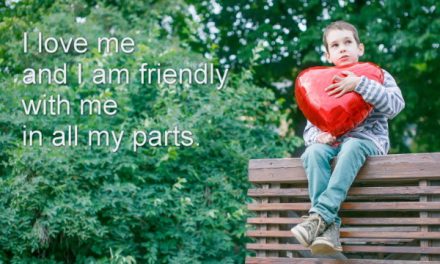 I AM OKAY ~ Becoming the Greatest Expression of You