The Possibilities in Hypnosis, Where the Patient Has the Power

Here are some very familiar stories that I hear all the time:

“It didn’t work; I wasn’t hypnotized,” he declared after his one and only session. But it did work; since that day, he has not taken one puff of a cigarette.

Gloria Kanter of Boynton Beach, Fla., thought her attempt in 1985 to use hypnosis to overcome her fear of flying had failed. “When the therapist brought me out, I said it didn’t work,” she recalled in an interview. “I told her, ‘I heard everything you said.’ ”

Nonetheless, the next time she and her husband headed for the airport, she was not drenched in sweat and paralyzed with fear. “I was just fine,” she said, “and I’ve been fine ever since.”

These quotes are from a personal health story in The New York Times The Possibilities in Hypnosis, Where the Patient Has the Power by Jane E. Brody, published November 4, 2008. This is a great article that describes common experiences with hypnosis .

Brody‘s article continues: And the patient’s attitude is critical. In the words of Brian Alman, a psychologist who practices hypnosis in San Diego, “The power of hypnosis actually resides in the patient and not in the doctor.”

In her book “The Complete Idiot’s Guide to Hypnosis ,” Dr. Roberta Temes points out that success in achieving your goal is the best proof that you were really hypnotized. She also suggests a second or third session if you didn’t quite reach your goal after the first try.

Writing in The Permanente Journal in 2001, Dr. Alman said that “useful potential” for benefiting from hypnosis “exists within each patient.” “The goal of modern medical hypnosis ,” he said, “is to help patients use this unconscious potential.”

Many studies support the use of hypnotherapy. One study found that two years after hypnosis weight loss therapy, hypnosis subjects continued to lose significant weight.

109 people completed a behavioral treatment for weight management either with or without the addition of hypnosis. At the end of the 9-week program, both interventions resulted in significant weight reduction. At 8-month and 2-year follow-ups, the hypnosis subjects were found to have continued to lose significant weight, while those in the behavioral-treatment-only group showed little further change. Journal of Consulting and Clinical Psychology (1985).

Learn more about how you can use hypnosis by attending the Global Hypnosis Summit from where ever you are. Register now and tell them Roger Moore sent you.

Explaining Hypnosis In A Different Way 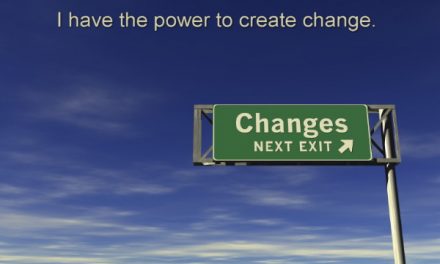 Ask Roger: How do I know if I can be hypnotized?