Walk-through (Mental Rehearsal) ~ Becoming the Greatest Expression of You

One day, someone asked me a question about the “walk-through”. We were discussing the Greatest Expression of You process, but I had no idea what he was referring to. Then he explained that “walk through” is his term for Mental Rehearsal.

I loved it! What a great way to describe Mental Rehearsal. Merriam-Webster defines walk-through as:

That is a perfect description of the Mental Rehearsal. Another way of thinking of it is as “project management.” You are mentally planning how you are showing up being your Best Self.

If you have ever been in a big project, you understand the importance of project planning. Project planning is the step-by-step process that helps you establish everything you need to do on a project. From setting expectations to creating a clear path towards reaching your goals.

A well-crafted project management plan can increase your chances of project success.

The “Mental Rehearsal” or “Walk-through” is project planning. 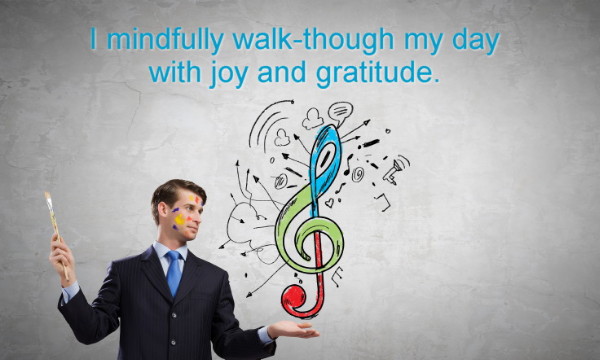 You can find the previous posts by clicking on the button below.

Grow and mold new circuits in our brain

An article was published in the Journal of Neurophysiology in 1995, demonstrating the effects that mental rehearsal alone had on developing neural networks in the brain. Neural networks are individual clusters of neurons (or nerve cells) that work together and independently in a functioning brain.

Neural nets are the latest model in neuroscience to explain how we learn and how we remember. They can also be used to explain how the brain changes with each new experience, how different types of memories are formed, how skills develop, how conscious and unconscious actions and behaviors are demonstrated, and even how all forms of sensory information are processed.

Neural networks are the current understanding in neuroscience that explains how we change on a cellular level. In this study, four groups of individuals were asked to participate in a five-day study that involved practicing the piano, in order to measure the changes that might take place in the brain.

The first group of volunteers learned and memorized a specific one-handed, five-finger sequence that they physically practiced every day for two hours during that five-day period.

The second group of individuals was asked to play the piano without any instruction or knowledge of any specific sequence. They played randomly for two hours every day for five days without learning any sequence of notes.

The third group of people never even touched the piano, but were given the opportunity to observe what was taught to the first group until they knew it by memory in their minds. Then they mentally rehearsed their exercises by imagining themselves in the experience for the same length of time per day as the participants in the first group.

The fourth group was the control group; they did nothing at all. They never learned or practiced anything in this particular experiment. They never even showed up.

At the end of the five-day study, the experimenters used a technique called transcranial magnetic stimulation along with a few other sophisticated gadgets, in order to measure any changes that took place in the brain. To their surprise, the group that only rehearsed mentally showed almost the same changes, involving expansion and development of neural networks in the same specific area of their brain, as the participants who physically practiced the sequences on the piano.

The second group, which learned no piano sequences at all, showed very little change in their brain, since they did not play the same series of exercises over and over each day. The randomness of their activity never stimulated the same neural circuits on a repetitive basis, and thus did not strengthen any additional nerve cell connections.

The control group, the ones who never showed up, evidenced no change at all.

How did the third group produce the same brain changes as the first group without ever touching the keyboard? Through Mental Rehearsal, the third group of participants repeatedly fired specific neural networks in particular areas of their brain. As a result, they wired those nerve cells together in greater measure.

This concept in neuroscience is called Hebbian learning. The idea is simple: Nerve cells that fire together, wire together. Therefore, when groups of neurons are repeatedly stimulated, they will build stronger, more enriched connections between each other.

According to the functional brain scans in this particular experiment, the subjects that were mentally rehearsing were activating their brain in the same way as if they were actually performing the endeavor. The repetitive firing of the neurons shaped and developed a cluster of neurons in a specific part of the brain, which now supported the pattern of conscious intent. At will, their thoughts became mapped and plotted in the brain. Interestingly, the circuits strengthened and developed in the absolute same area of the brain as the group that physically practiced. They grew and changed their brain just by thinking. With the proper mental effort, the brain does not know the difference between mental or physical effort.

Excellence is an art won by training and habituation

“Excellence is an art won by training and habituation. We do not act rightly because we have virtue or excellence, but we rather have those because we have acted rightly. We are what we repeatedly do. Excellence, then, is not an act but a habit.” ~ Aristotle Greek critic, philosopher, physicist, & zoologist (384 BC – 322 BC)

Aristotle is telling us that we develop a talent for the things we repeatedly practice. The down side of that is, of course, if you rehearsing negativity and failure, you achieve negativity and failure. So, choose your thoughts, emotions and actions wisely, or you may achieve excellence in something that doesn’t matter to you.

Again, neuroscience shows that you can change your brain just by thinking. So, what are you thinking? What exactly do “you” spend most of your time mentally rehearsing, thinking about and finally demonstrating?

Be it the conscious or unconscious fabrication of your thoughts and actions, you are always affirming and reaffirming your neurological self as “you”. According to neuroscience whatever you mentally attend to, without any doubt it is what you are and what you will become.

And, since it is a choice, it gives you the power to change so that you can BE and DO different. Now, you may be thinking that “I’ve always been this way” or “you can’t teach an old dog new tricks.” But neuroplasticity is your brain’s ability to change its synaptic wiring by learning information and recording experiences. This allows you to evolve your actions, modify your behavior so that you can do a better job.

Whether you call it “Walk-through,” “Mental Rehearsal” or “Project Planning,” use it with joy and gratitude to help you to reduce stress, boost confidence and help you to succeed.

I mindfully walk-though my day with joy and gratitude. 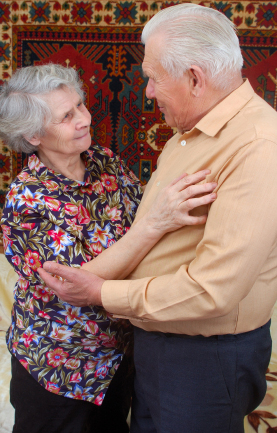 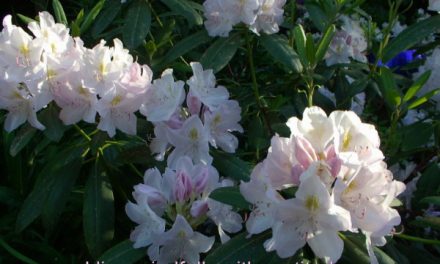 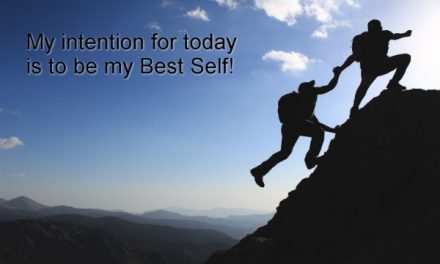 Not just for lacrosse ~ Becoming the Greatest Expression of You