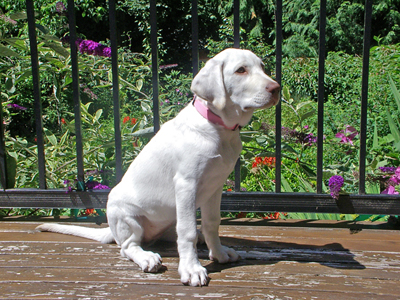 “Stay” ~ Luna after her third day of puppy kindergarten

I have been learning a lot about leadership in recent weeks. We have a yellow lab puppy in our house that is very smart and she is also very stubborn! My wife Marilyn and I have been taking her to Puppy Kindergarten and Marilyn has been watching lots of The Dog Whisperer.

I love what we have been learning; that it is not about domination, it is about leadership. It is our job to lead and guide her behavior so that she is a happy and well behaved dog with people and other animals. My sister asked me who was being trained, Marilyn and I, or Luna? I am very clear that it is us being trained.  To have a dog that I can take for a walk without having my arm pulled off and that I can easily walk with around lots of people and other dogs, requires that we must have the leadership role.

As we were driving to puppy class yesterday Marilyn was describing something she had seen on The Dog Whisperer. She said that when a dog is “out-of-control” it is the the job of the leader to get their attention and get them focused on different behavior.  I of course replied, “Get them out of that trance and create a new trance.”

That is what hypnosis really is: taking control of the trance that you are in.  We move in and out of trance all day long.  Too much of the time, we are out-of-control.  Hypnosis puts us back in control.  Sixty-five percent of the US population is out of control eating too much food at meals too fast and snacking on high fat and high sugar junk foods.

Last Friday one of my clients who is so excited because he is just about to drop below 300# asked if I have ever noticed what fat people put in their grocery carts.  He described walking through the grocery store and Costco and looking in people’s grocery carts.  I giggled as this man talked about the hot dogs, bricks of cheese, chips, sodas, sugar-coated cereal, muffins, ice cream and Snickers Bars that filled overweight people’s carts. He recognized that was his old out-of-control behavior as he looked into his cart filled with vegetables, fruit and whole grains.  This client has taken the leadership role for himself.  He is no longer eating from emotions or eating what everyone else is eating.  He no longer lives in that old out-of-control behavior. He uses self-hypnosis to be in control of what he eats, how much he eats and ultimately his weight. He is being a leader … he is Becoming Slender For Life! 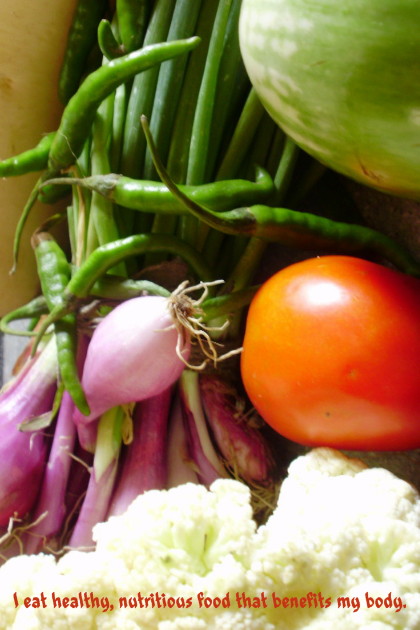