One of the regulars at the gym asked me the other morning what I did professionally and immediately the locker room was a buzz about hypnosis and self-hypnosis.

Say the word “hypnosis,” and many people immediately think of stage shows and of people doing unusual things. Other people think of pocket watches, or spirals twirling.  But it is now much more common for hypnotists simply to ask a subject to stare at a small, stationary object, such as a colored thumbtack on the wall, during the “induction patter,” which usually consists of soothing words about relaxation and suggestions to focus and concentrate.

Whenever the subject of hypnosis is brought up, questions seem to arise with it. The following questions are asked repeatedly, by clients, of prospective clients, and of those who are simply curious. With answers to these questions, fears are put to rest, myths dispelled, and more people are able to allow themselves to experience the wonderful benefits of hypnosis to enhance their lives.

Is hypnosis real? If so, how does it work?

Yes, it’s real.  Exactly how it works is still under investigation. Over the past few years, researchers have found that when someone is hypnotized, they actively respond to suggestions, even though they sometimes might perceive the dramatic changes in thought and behavior they experience as happening “by themselves.” During hypnosis, it is as if the brain temporarily suspends its efforts to validate incoming sensory information, allowing new behaviors and thoughts to occur. And, some people are more hypnotizable than others, although scientists still don’t know why. Remember, all hypnosis is self-hypnosis.

Hypnosis was first officially recognized as a viable therapeutic tool by the British Government through the Hypnotism Act in 1952. Then, in 1958 both the British and the American Medical Associations (AMA) sanctioned the official use of hypnosis by physicians. In 1958, the American Psychiatric Association (APA) also approved hypnotherapy for use by professionally responsible individuals.

Prestigious hospitals in the U.S. now use and teach hypnosis, such as Stanford University School of Medicine in San Francisco, the Beth Israel Medical Center in Boston, and University of Texas Southwestern Medical Center in Dallas. Since the AMA sanctioned the use of hypnosis, many insurance companies cover hypnosis for medical and dental uses, including major surgeries.  Now, more and more people are choosing hypnosis over anesthesia for surgery. Some choose hypnosis simply because they fear not waking up from anesthesia. The fear-factor aside, however, there are definite medical advantages offered by hypnosis; less bleeding, faster recovery time, and the need for fewer post-operative medications.

Patients who have used it say yes. During operations, they report that they can hear and see everything that is going on, but they feel no discomfort.

How is hypnosis thought of today, generally?

Myths still abound regarding hypnosis, although it is becoming more widely accepted and trusted. Hypnosis cannot be used to control someone’s else’s mind, or their actions. By using hypnosis, people gain greater control over their own minds and their own actions.

Hypnosis is not a state of deep sleep but one of altered consciousness. There is a feeling of well-being, an ability to recall past events and the acceptance of new ideas that are not in conflict with personal values.  There is also a higher threshold to pain. The hypnotic state is like meditation, where the body is relaxed but the mind has heightened awareness.  The ability to vocalize is limited, and the limbs feel leaden or light, tingly or somewhat numb. The perception of time is also distorted where an hour might seem like just a few minutes.

Who can be hypnotized?

Most people can be hypnotized, and different people go into hypnosis in different ways. Part of the hypnotist‘s job is to identify what approach will work best for which subject. Those who have trouble trusting the hypnotist or the process, may take more time to go into a hypnotic state, and may not enjoy as many benefits.

There is a common idea that those with ‘a strong will’ cannot be hypnotized. It has been shown that intelligent people can be hypnotized faster because they have greater access to their imagination, and can follow instructions. The biggest prerequisite to someone being able to be hypnotized is their willingness.

What about stage shows?

Sometimes hypnosis is feared, because often the view of the subject surrendering their ‘will’ is reinforced by stage hypnotism.  It is helpful to remember that stage hypnotists design their shows for entertainment purposes, which include participants doing strange things. What people don’t realize is that the stage hypnotist chooses only those who are highly suggestible, and may have a desire to have a “different” or less inhibited experience of themselves. In a hypnotic state, people can give themselves permission to do many things that they may not otherwise be able to do.

In getting more comfortable with the subject of hypnosis, it is often helpful to know what hypnosis is NOT, to know better what it IS, and can do. Solid research findings can help dispel even the most popular of myths.

Research shows that physiological responses indicate that hypnotized subjects are not lying.

Hypnotic procedures are natural and safe and no more distressing than history lectures in high school.

Hypnotized subjects may be relaxed, but they are fully awake; and a person can be in hypnosis while running, or dancing, or driving.

Many research tests show placebo responsiveness and hypnotizability are not correlated.

Hypnotized subjects are perfectly capable of saying no, or terminating hypnosis, all by themselves. And there is research available to show that as well.

What can hypnosis help with?

Hypnosis helps change attitudes, which is the key to changing behavior. With hypnosis, a person is empowered, and made independent enough to solve his/her own problems. With hypnosis a person can change behaviors that would otherwise seem difficult, if not impossible, to change.

Hypnosis can also improve your essential experience of life, in all its circumstances.  Only within the past 40 years have scientists become equipped with instruments, techniques and methods for accurately separating the facts of hypnosis from exaggerated claims. The study of hypnotic phenomena is now properly held within the domain of normal cognitive science, with papers on hypnosis published in many major scientific and medical journals. Newest clinical research findings reveal, however, that hypnosis and hypnotic suggestion, when used properly, can powerfully alter cognitive processes as diverse as memory and pain perception.

Hypnosis is not talk therapy, and does not include advising, diagnosing or prescribing. That would be the domain of other professionals, usually licensed to counsel. The primary aim of hypnosis itself is self-healing, and self change. The hypnotist’s job is to assist the subject to achieve those natural states of mind where healing and change best happen. Used correctly, hypnosis is especially useful for tapping into that awesome power of the human mind.

If you can think it, and believe it, hypnosis can help make it so! 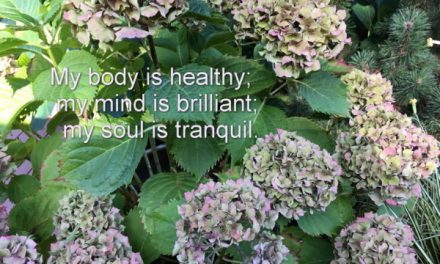 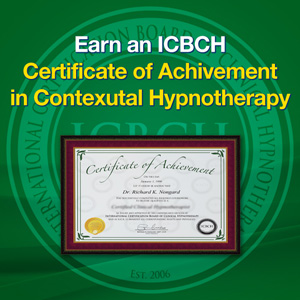